Doctor Who: The Timeless Children (2)

Master: 'The foundling had become the founder.' 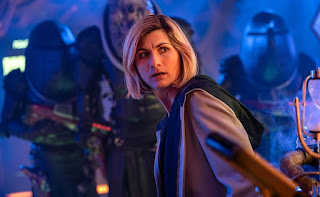 I have mixed feelings about this finale. I quite liked the Timeless Child story, I'm just not sure it was very well executed. It seemed to raise too many immediate conflicts with established lore, and although it's feasible that some of the tensions will be resolved in future adventures, is that Chibnall's intention? How many times this season have we seen consequence ignored for the sake of spectacle? More importantly, is the show in danger of becoming unrecognisable?

Email ThisBlogThis!Share to TwitterShare to FacebookShare to Pinterest
Labels: Doctor Who, Doctor Who Recaps, Doctor Who Reviews, Paul Reed, The Timeless Children

Doctor Who: Ascension of the Cybermen (1) 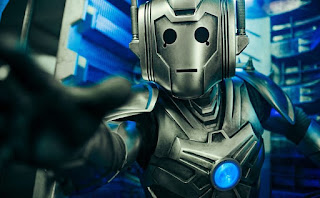 Ashad: 'Ascension is near!'

This felt like an episode whose ultimate success depends upon next week's conclusion not stinking. If 'The Timeless Children' fails, then a solid chunk of the ideas introduced tonight will have been for naught, which would be a real shame as 'Ascension of the Cybermen' contained some audacious story beats. The floating cyber heads, however, were not one of them.

Email ThisBlogThis!Share to TwitterShare to FacebookShare to Pinterest
Labels: Ascension of the Cybermen, Doctor Who, Doctor Who Recaps, Doctor Who Reviews, Paul Reed

Doctor Who: The Haunting of Villa Diodati

Doctor: 'I love a good plume.' 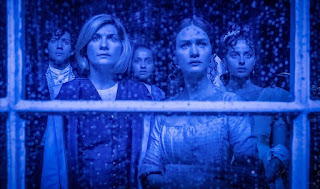 After fears that Doctor Who was in danger of if not quite jumping the shark then certainly skipping daintily over the halibut, tonight's episode was a breath of fresh air. The story was solid, it had bags of atmosphere, and most importantly: Thirteen felt like the Doctor. It's amazing what can be achieved by ripping the pen from Chibnall's ruinous hand. No co-credit this week, no heavy-handed political rhetoric, just a good old fashioned 'ghost story' and some tasty season-arc morsels to nibble on.

Email ThisBlogThis!Share to TwitterShare to FacebookShare to Pinterest
Labels: Doctor Who, Doctor Who Recaps, Doctor Who Reviews, Paul Reed, The Haunting of Villa Diodati

Doctor Who: Can You Hear Me? 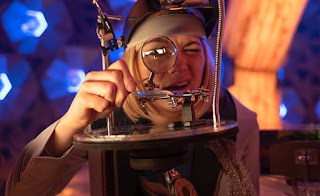 Doctor: 'I'm talking to myself again, which means the others aren't here.'

I've finally resigned myself to the fact that this is no longer the Doctor Who I know and love. Chibnall's tried hard this season to make the show more palatable for the seasoned Whovian, but whilst it remains his baby it'll always bear the hallmark of a showrunner at odds with my tastes. And maybe not just mine: the overnights were down again, this time to a measly 3.81m. Bugger!

Doctor: 'I'm always a sucker for a scientist.' 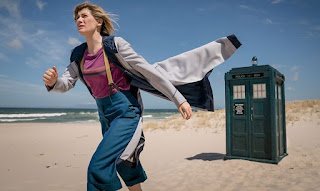 After last week's bombshell-dropping instalment and general upturn in quality, tonight's offering felt like a slide back into mediocrity. Although the story itself was satisfactory, and there was nothing particularly offensive about the way the science lesson was delivered, the whole thing felt flat. Clearly it followed on from last week's instalment, but the Doctor wasn't kidding when she called it a distraction. Where did all the good stuff go?

Doctor Who: Fugitive of the Judoon 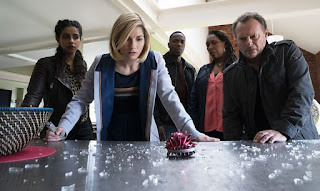 Okay, that the show is currently in the process of a savage course-correction, at this point seems irrefutable. This is not the show of last season, nor is it Chibnall's Who from eight years ago, this is now a full-on greatest hits show... and is both better and worse for it.

Email ThisBlogThis!Share to TwitterShare to FacebookShare to Pinterest
Labels: Doctor Who, Doctor Who Recaps, Doctor Who Reviews, Fugitive of the Judoon, Paul Reed

Doctor: 'I've seen more than you can possibly imagine.' 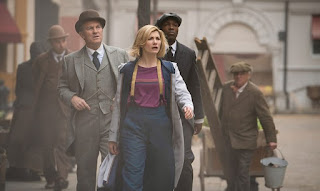 It may have taken fifteen months to get here, but this is the first episode of the Chibnall era that I've liked. It wasn't of 'Listen' or 'Hell Bent' quality—I'm not sure such greatness is even possible under the current creative team—but it told a solid, simple story, the companions were utilised sensibly, and not only were its guest actors given compelling stories, they also turned in good performances. Best of all: the companions finally got to dress up in period costume. Yay! 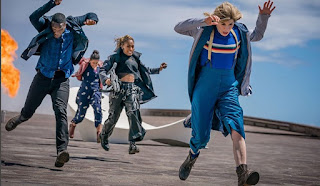 After a moderate upturn in quality last week, tonight was business as usual. The sad thing about Doctor Who these days is that an episode can contain great ideas, look superb, be full of agreeable political commentary, and yet still be utter shite. Tonight's story had a solid if well-worn story at heart, but was let down by mad pacing, underdeveloped characters, and an environmental message so clumsily delivered that it left me winded.

Email ThisBlogThis!Share to TwitterShare to FacebookShare to Pinterest
Labels: Doctor Who, Doctor Who Recaps, Doctor Who Reviews, Orphan 55, Paul Reed 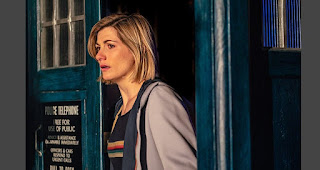 Doctor: 'These are the dark times. But they don't sustain. Darkness never sustains, even though sometimes it feels like it might.'

I expected to lose many things during Chris Chibnall's tenure—plot complexity, writing talent, story continuity, humour, my mind—what I didn't expect was for the show to feel nothing like Doctor Who. Tonight's episode took a tentative step towards at least acknowledging some of the problems. That's not to say it was a great episode—in fact, it was downright awful in places—but it did some things right, and for the first time since Chibnall took over, it felt like Doctor Who again. 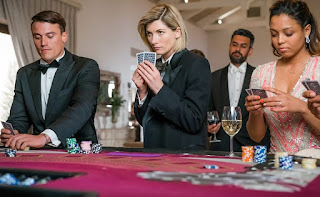 This felt like an average opener. It did little to resolve the problems of season eleven—they're still there, front and centre—but at least some of Chibnall's worst excesses were toned down. Whether it stays that way remains to be seen, but the plot was serviceable if a little silly, the guest actors a welcome distraction, and mercifully there were no talking amphibians. At least, not yet. 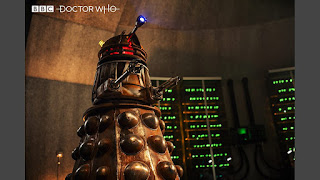 Doctor: 'They've got the best balloons.'

After a season devoid of returning monsters, this was Chibnall's first delve into the show's back catalogue, and was a mostly valiant attempt. Two of the main complaints I had about last season were the boring villains and the character development being either too simplistic or non-existent. So bringing back the Daleks, and spending time focused on Ryan's relationship with his father, should've been an instant win, right?

Email ThisBlogThis!Share to TwitterShare to FacebookShare to Pinterest
Labels: Doctor Who, Doctor Who Recaps, Doctor Who Reviews, Paul Reed, Resolution

Doctor Who: The Battle of Ranskoor Av Kolos 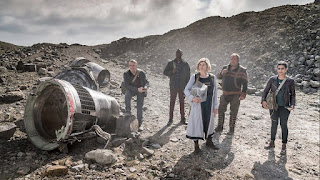 As with last week's episode, this felt like a story plump with ideas, few of which managed to gain traction. The return of Tzim-Sha wasn't entirely unwelcome, but let's be honest: seeing him again was as surprising as seeing Graham and Ryan's fist-bump. Traditionally, the season finale is a time for spectacle, grandiose storytelling, and the return of epic foes. Instead, we got a bloke with a face made of teeth getting shot in the foot.

Email ThisBlogThis!Share to TwitterShare to FacebookShare to Pinterest
Labels: Doctor Who, Doctor Who Recaps, Doctor Who Reviews, Paul Reed, The Battle of Ranskoor Av Kolos

Doctor Who: It Takes You Away 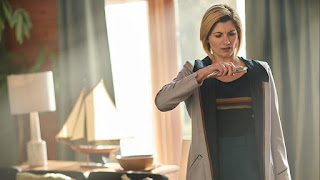 Hanne: 'My Dad would never just leave me! Okay!'

Errr... sure, Hanne. Anyway, following on from last week's slight upturn in quality, tonight's episode provided a complex tale set against the backdrop of rural Norway. The setup was provocative, the unfolding narrative alluring, and again, the Doctor felt both familiar and authoritative. Shame they had to ruin it by having the Solitract manifest as a fucking frog.

Email ThisBlogThis!Share to TwitterShare to FacebookShare to Pinterest
Labels: Doctor Who, Doctor Who Recaps, Doctor Who Reviews, It Takes You Away, Paul Reed
Older Posts Home
Subscribe to: Posts (Atom)

Get this Recent Comments Widget